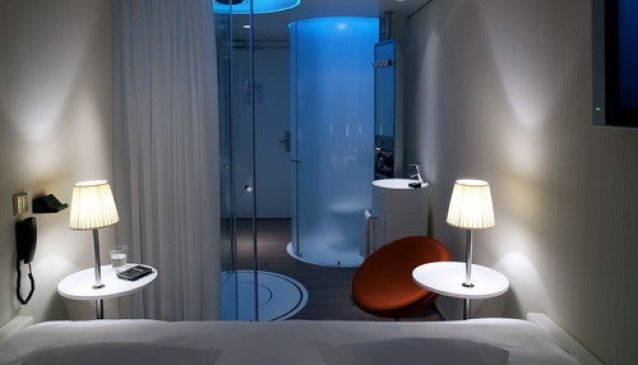 A hotel with a personality is perhaps the best way to describe the CitizenM Hotel Amsterdam City. The hotel has been named in keeping with the travellers it caters to, the mobile citizens of today. Defining them as frequent, yet wise travellers, who are informed, free spirited individuals, CitizenM makes arrangements for facilitating their stay with affordable luxury.

Making its debut on Amsterdam’s cityscape in 2009, this boutique hotel is located conveniently for access to the commercial centre of Amsterdam and enjoys proximity to the World Trade Center as well as the RAI Exhibition and Conference centre. It also places its guests within walking distance from the Olympic Stadium and Museumplein.