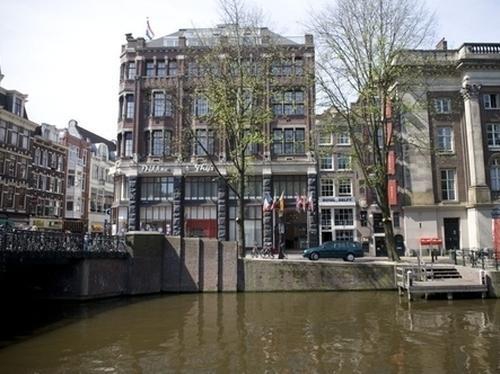 Dikker & Thijs Fenice Hotel is a four-star hotel located along the illustrious Prinsengracht canal in Amsterdam. Set up right around the corner of Leidsestraat, this hotel has the good fortune of being situated in an area that has officially been labelled as a UNESCO Heritage Site. In the neighbourhood lies the Anne Frank House, Rijks Museum, Van Gogh Museum, Concertgebouw, Heineken Brewery, Stedelijk Museum and the Diamond Centre. The starting point of various canal cruises is also located in close proximity. Also, there are several cafes, restaurants and bars nearby, giving you a wide variety of eating and drinking options to consider.