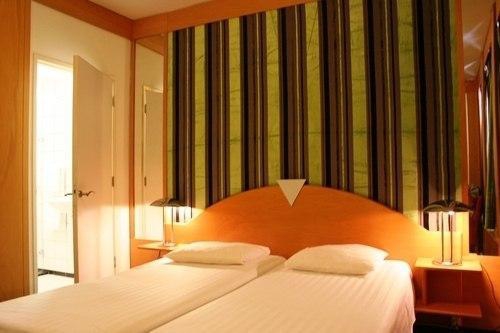 The Golden Bear Hotel is 'el paradiso' for gays/lesbians coming to Amsterdam alone or as a couple. Established shortly after the Second World War, The Golden Bear was the first hotel that welcomed gays/lesbians with open arms. It has now expanded its sphere of influence to include a wide range of homosexual-friendly amenities and gay information. Built upon two historic buildings that can trace their roots back to 1737, The Golden Bear Hotel is conveniently located in close proximity of all the major gay bars, clubs and saunas in the city. Most of the museums, shops and tourist-oriented landmarks are also close by. Also in the vicinity are other places of interest for homosexuals, so feel free to venture out and explore the liberalistic, wild hotspots that have become the piece de resistance of this illustrious city.