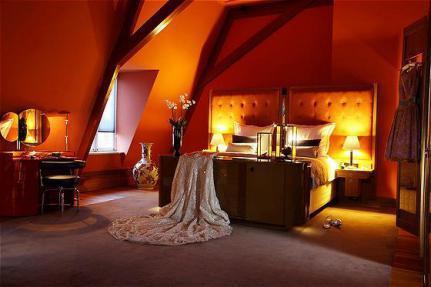 Undoubtedly one of the best luxury hotels in Amsterdam, Hotel De L'Europe has numerous laurels and recognitions in its honour. Established since 1895, Hotel De L'Europe has been issued in many magazines and luxury rankings, such as being ranked 76th in the Institutional Investors list of best hotels in the world. It was also consistently ranked in the top 25 luxury hotels in Holland. As an out-and-out 5-star accommodation, Hotel De L'Europe is unique in that it has only 111 guestrooms, which is considered as a somewhat inadequate number if you talk 5-star luxuries. However, with the aforementioned credentials in its kitty, this hotel succeeds in silencing its detractors. Being set in the midst of Amsterdam's city core, the hotel grants one access to some of the most heralded museums, art galleries and other places of interest. It is located about 20 minutes away from Schiphol Airport, and 6 minutes away from Central Station. Add to that a nod from Green Key, an environmental organization that supervises the conscious environmental preservation implemented by hotels, and we have a winner here.