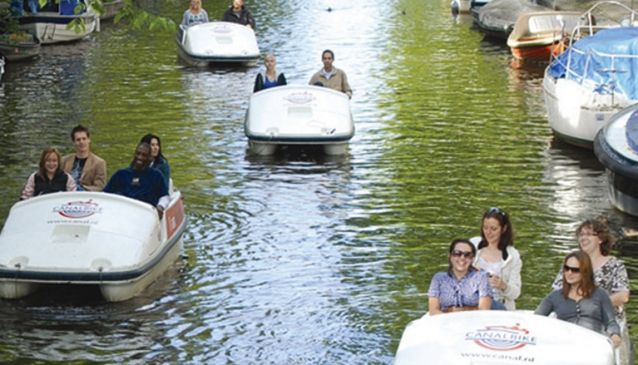 Canal Bike merges the two things that Amsterdam - and the Netherlands
more generally - are famed for: cycling and canals. A canal bike (also
known as a pedal boat) enables you to pedal your way through Amsterdam
whilst taking in sights such as the Anne Frank House, pittoresque canal
houses and the Rijksmuseum. Available to rent from four locations in
Amsterdam city centre, the pedal boats can even be rented in one location
and returned to another. They are designed to seat a maximum of four and
are fully equipped with a map detailing 5 suggested route descriptions.
Canal Bike is an option for those who are looking for a more alternative
way to explore Amsterdam.