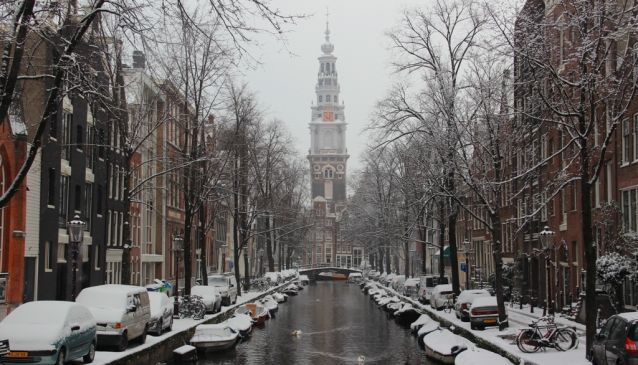 Built in the 17th Century, Zuiderkerk played a role in the life of two of the greatest painters in the world, Rembrandt van Rijn and Claude Monet. While Rembrandt's connection with the church was that three of his children were buried here, Monet used the Zuiderkerk as a subject in his painting. The Zuiderkerk is also honored with being the first Protestant church in Amsterdam. The Zuiderkerk, literally translated as South Church, was built by the acclaimed Dutch architect, Hendrick de Keyser between 1603 and 1611. One of the earliest churches to be built in Renaissance style, the Zuiderkerk was built for the purpose of accommodating the Dutch Reformed Church.