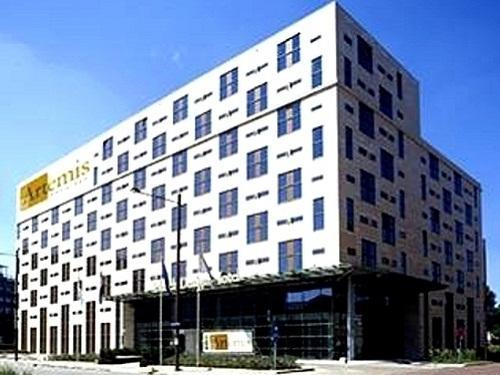 The 4-star deluxe Hotel Artemis Amsterdam is located right between the historic Amsterdam city centre and the Schiphol Airport. Steeped in the rich cultural heritage of Amsterdam, the hotel mirrors it in their design, which is based on the strong, pragmatic art of Dutch artistes. The geometric influence of Mondriaan, Dudok and Rietveld is evident from the lobby right up to the rooms. The hotel also has on display privately-owned masterpieces, as well as specially commissioned art-work by artistes such as Marcel Wanders and Richard Hutten. Situated in West Amsterdam, this hotel is within easy reach from all major tourist attractions.