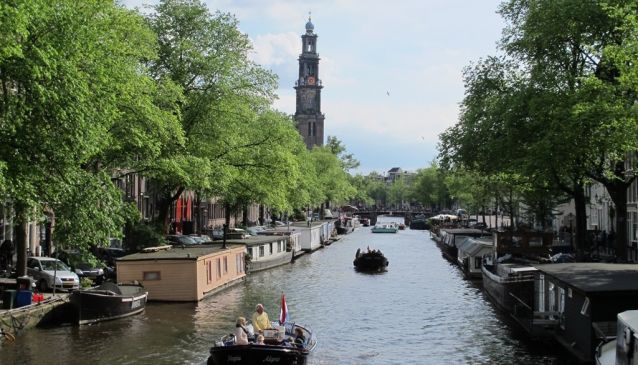 In 2013, the Amsterdam Canal Belt celebrated its 400th anniversary. Dating from the 1600's , the canal belt was expanded throughout the Dutch Golden Age in the 1700's. The concentric ring of circles facilitated transport of goods in a merchant city long before cars and trucks existed. Water provided easy transportation for the Dutch merchants and can be credited with the growth of the Dutch economy and the City of Amsterdam. Made up of the Singel, Herengracht, Keizersgracht, and Prinsengracht, the Amsterdam Canal Belt was placed on the UNESCO World Heritage List in 2010.