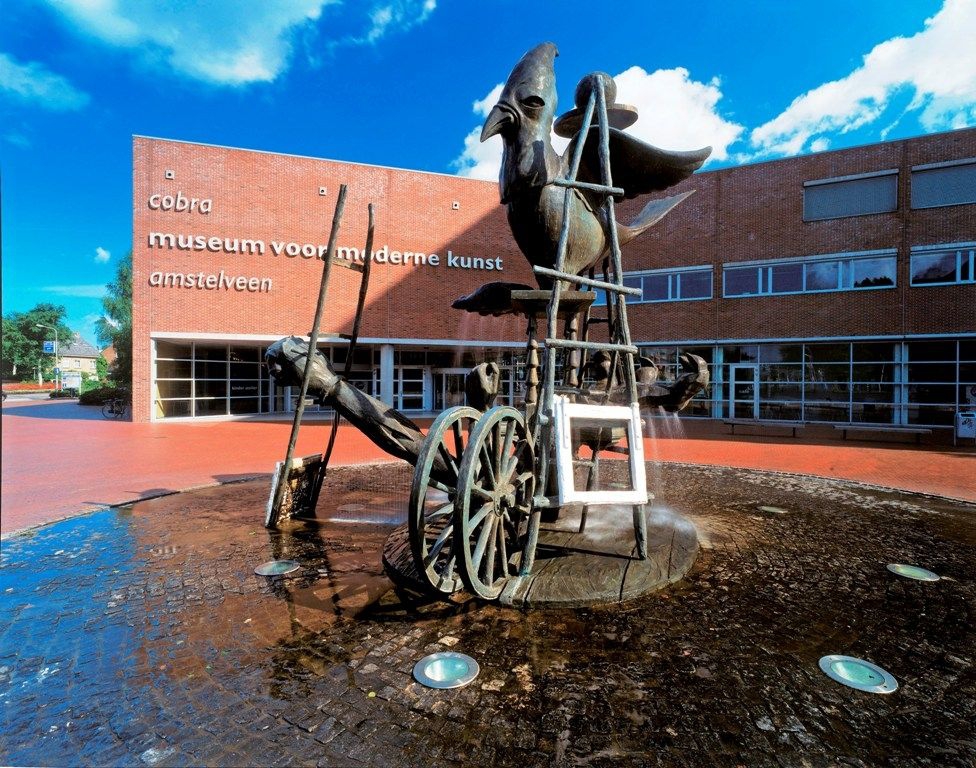 Located just outside Amsterdam in the centre of Amstelveen is the Cobra Museum of Modern Art. The Cobra Museum of Modern Art and Amstelveen are close enough to Amsterdam to be reached by both metro, tram and even by bicycle if you feel up to it. Amstelveen is a green and fancy suburb of Amsterdam. It's not the place to go if you're a thrill seeker but definitively the place to go if you want to get out of the crowded city centre of Amsterdam for half a day. The museum is an excellent addition to the famous art museums of Amsterdam and worth the effort to get there.

No less then 50 abstract expressionist works from the fifties, from the Guggenheim museum in new York can be seen for five months in Amstelveen. Never before have so many trail blazing works from the Guggenheim collection been seen in the Netherlands. Thirteen of these paintings and sculptures were crucial to the Guggenheim's inaugural exhibition in 1959, marking the opening of the iconic Frank Lloyd Wright building. Masterpieces by Jackson Pollock, Mark Rothko, Willem de Kooning, Louise Bourgeois, Georges Mathieu and no fewer than 39 other renowned international artists bring the Guggenheim to Amstelveen.

The Cobra collection permanent on display

The Cobra Movement caused a revolution with a breakthrough of modern art that continues to this day. Symbolised by a coiled snake the Cobra movement was originally made up of artists from Copenhagen, Brussels and Amsterdam. The vision of the Cobra Movement was to push the boundaries and create their own art with imagination, fantasy and colour going against the existing ideas around in the late 1940's. Although the Cobra Movement was disbanded in 1951 the museum keeps the legacy that they created intact.

At the Cobra Museum of Modern art you can see a large collection of work by the original Cobra Movement artists. Other exhibitions include more recent artists whose work shares the same values of the movement. The building housing the Cobra Museum of Modern Art has been designed by Dutch architect Wim Quist and is attractively designed and built with very open spaces for the exhibitions.