Top Amsterdam Festivals of the Summer

...packed with dance-your-heart-out music and delicious food to fuel the fun.

The largest multicultural festival in Europe, Kwakoe is all about bringing together people of all cultures in a melting pot of food, drink, dance and sports. It traditionally celebrates the abolition of slavery in Suriname and the Dutch Antilles on July 1, 1863. The 37th annual festival has free entry and is held in Bijlmerpark in Amsterdam Zuidoost.

The International Food Court may be the main reason the festival continues to draw up to 500,000 visitors. In a cacophony of colors and aromas, you can find flavorful Amsterdam street food from every corner of the globe. Each stall offers a fresh culinary experience with spicy Thai curries, British fish & chips and juicy Surinamese ribs. After gorging yourself on these tasty treats, you might want to drag yourself over to the stages providing a selection of live music, DJs and dance workshops, from hip-hop and rap to salsa. Another way to counter the inevitable snacking binge is the Kwakoe Cup. Football teams of every nationality and age compete over the five weekends for the title of champion. The competition is open to anyone who forms a team. 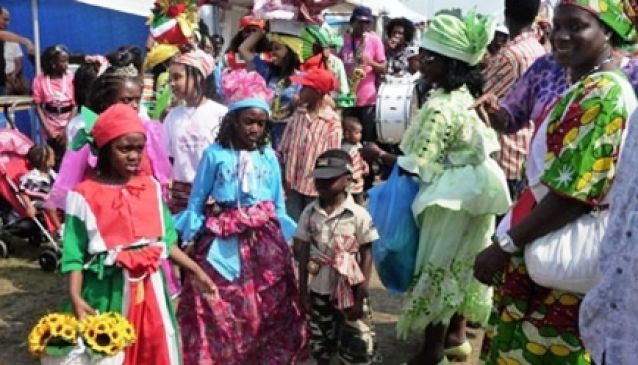 Beginning in 1973, Landjuweel is held in Ruigoord, a village which has transformed from a group of squatters in the seventies to a diverse artistic community. The festival usually occurs every year around the August full moon.

The weekend will include shows and activities in theater, poetry, music and experimental art. The festival relies on the participation of visitors to assist in everything from the art itself to the organization and logistics of the weekend. Tickets are available for presale at a discount. 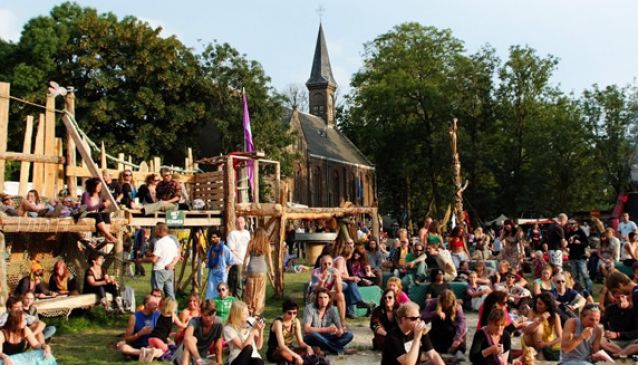 One of the busiest and most popular weekends in Amsterdam, the annual Gay Pride Parade attracts up to 500,000 spectators from all over the world.

The highlight of the weekend is the Pride Canal Parade on Saturday afternoon. From 14:00-18:00, boats of scantily clad men cruise the Prinsengracht and Amstel to pumping music and choreographed dance. The festivities continue into the wee hours of the morning with dance parties held in clubs around the city. The weekend is brought to an epic, if slightly hung-over finish, with the Pride Closing Party held on stage at Rembrandtplein. Even if you think you couldn’t possibly handle one more party, it’s worth checking out the Dutch artists and DJs who are showcased here. 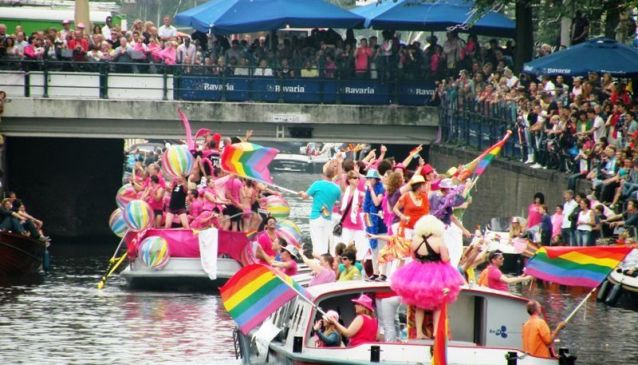 Located just outside Amsterdam in Velson Valley Spaarnwoude, Dance Valley lives up to its name. It is the ultimate outdoor dance festival experience with one of the widest selections of dance artists and DJs in the world.

Previous stages range from Housequake and the Hardcore Stage to Latin Lovers and Chateau Techno. There is also a Festival fairground if you want to take a break from dancing the night away. 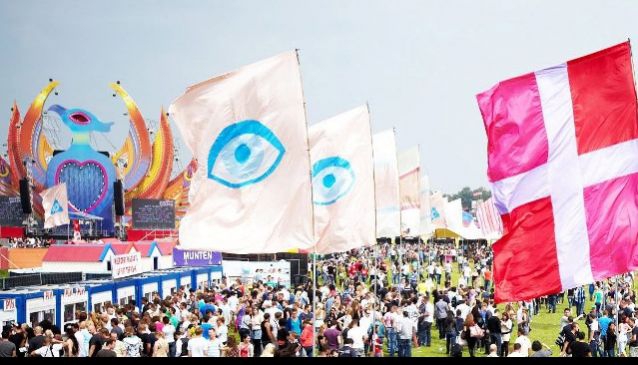 Amsterdam’s open air film festival is your opportunity to check out the latest in art-house cinema, documentary, animation and shorts. Het Stenen Hoofd is the gathering place for film professionals and enthusiasts alike.

The selection committee spends the year touring the world finding a diverse assortment of unreleased national and international films. The aim of the festival is to showcase films that were not released in the Netherlands or received very little attention. This year there is even an entire night devoted to love, entitled “Love is in the air.” Copious amounts of food, drink, discussions and parties ensure that the art of film will truly be celebrated at this eclectic festival. 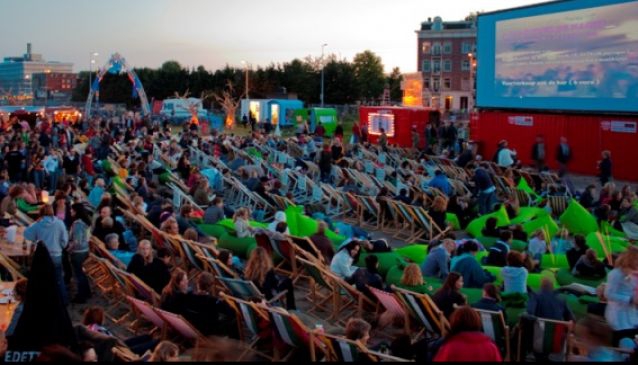 The Grachten Festival is the annual classical music festival in Amsterdam held in special locations around the city. The festival provides an opportunity for young talent to perform in solos or ensembles in public concerts.

Grachten Festival is unique in taking advantage of the rich historical and cultural venues available in Amsterdam. Past concerts have been held at the Anne Frank House and Westerkerk. There are also free concerts performed outside. The highlight of the event is an outdoor concert. The floating stage on the Prinsengracht is the grand finale and attracts every boat into the canal to enjoy the show. 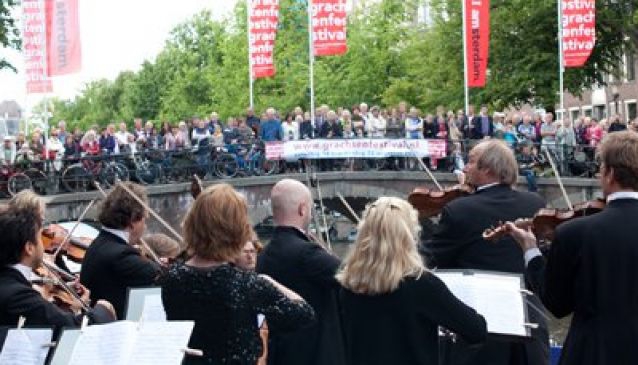 If you’re looking for something different from the summer music festival scene, De Parade offers 80 different theater, music and dance performances to suit every taste. This traveling theater festival tours the Netherlands every year making stops in Rotterdam, The Hague and Utrecht before winding up in Amsterdam’s Martin Luther King Park.

De Parade can best be described as a cross between a circus and a fair. It has been touring the Netherlands each summer for over 20 years now. On top of the array of entertainment options, a wealth of food stalls, a carousel and a silent disco top the list of things to do. 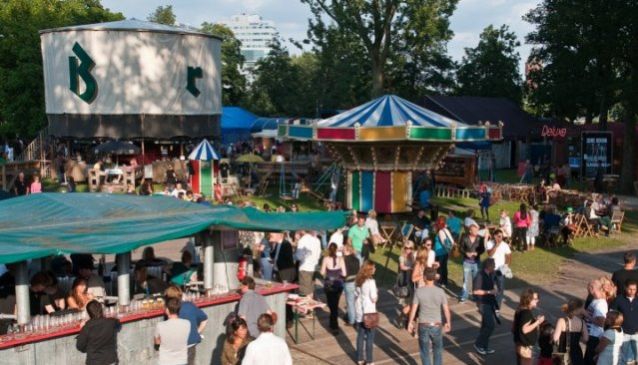 Dance the summer night away on a floating stage in Sloterpark. Held in August Loveland showcases a diverse collection of Dutch and international DJs.

With six stages exhibiting a range of house and dance styles, Loveland is the must-visit Amsterdam festival of the summer. Choose from Fire!, House or Underground, among others. Situated next to a lake, festival goers arrive by boat and can take advantage of the small beach. The line-up includes artists such as Sasha, Bingo Players and Fedde Le Grand. Tickets cost 49 euros but are well worth it, if the weather is agreeable. 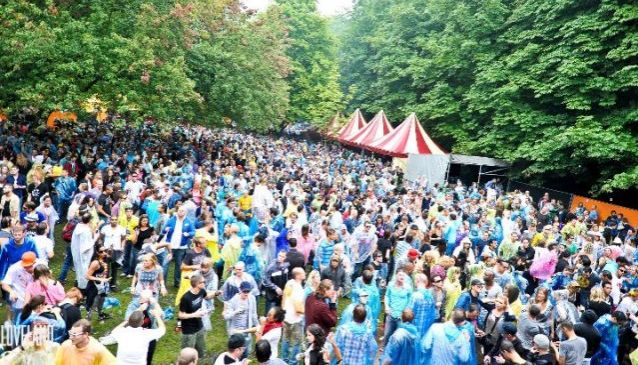 Harjesdagen has its origins in Holland’s medieval past. Nowadays, it is an opportunity for lovers of cross-dressing and beer to let it all hang out.

The event definitely has a festive atmosphere, beginning with the Night of Romance (Nacht van de Romantiek) replete with cabaret shows and various live performances around the Zeedijk neighborhood.  Saturday’s entertainments include a big brass band, a Dragon Choir and operas performed from open windows on the Zeedijk. The evening brings a crowd of men in heels participating in the High Heels Race. The weekend is then brought to a close with the Zeedijk Brunch and the crowning of the Queen of Hearts (best cross-dresser). 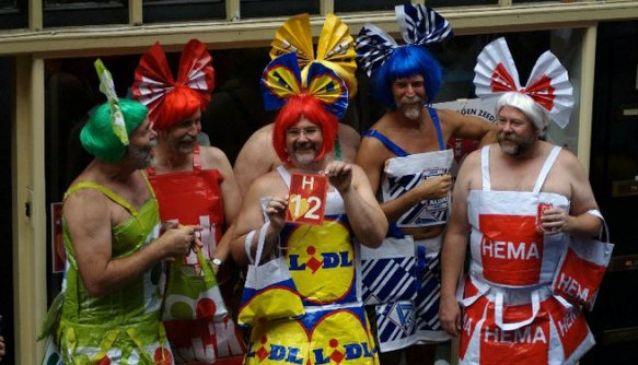