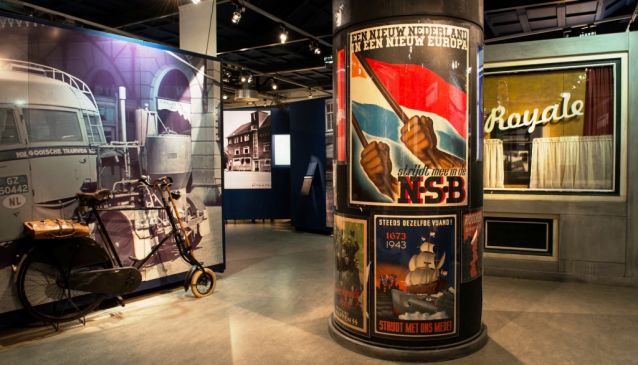 The Dutch Resistance Museum or the Verzetsmuseum is a museum tribute to the realities of war that the Dutch were forced to come to terms with during World War II. When Hitler took over the minor European nations in a string of victories, he also took the Netherlands under his grasp. The Netherlands became a vassal state to the Nazi war machine, and the horrors faced by the people then have been brought to the fore by this Museum.

What to see at the Dutch Resistance Museum

In the Dutch Resistance Museum, you can witness photos and video clips of times during wartime, which depicts the suffering that the Dutch went through. It's also portrays the resistance, both active and passive, offered by them against German military dictatorship. From resistance strikes, escape routes, espionage, guerilla warfare to forged documents, helping people go into hiding, the Verzetsmuseum covers it all.

The piece de resistance is the feel of stepping back into the 40's, with real posters, graffiti and propaganda on the walls. A tourist feels like he's in midst of a war scenario, as the walls are full of individual experiences of the war, depicting how they thwarted the military might of Germany time and again.

You can also make a tour with handheld audio guides which will guide you through the museum, giving detailed descriptions about the various exhibits.

This incredible permanent exhibit at the Dutch Resistance Museum shows World War Two from the eyes of a child. The first children's museum in the Netherlands that focuses on World War Two, it is suited to children from age 9, with or without their parents. The experience is narrated by four children Eva, Henk, Jan, and Nelly, who lived in the Netherlands during the time of Nazi occupation. This first person perspective is touching and creates a relatable, emotional experience. The narration is available in both Dutch and English. This award winning exhibition is just one part of the larger Resistance Museum and adults will love it too.

For more information about opening times and prices, please visit the official website.