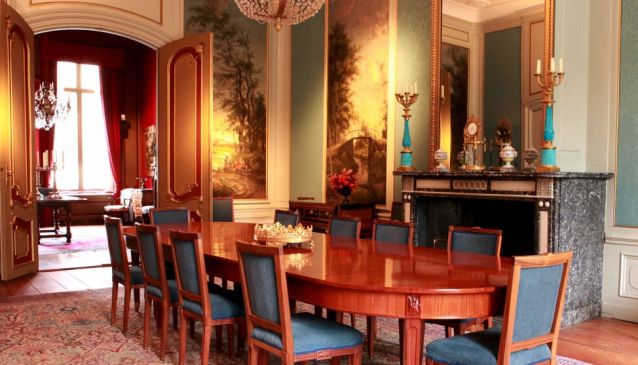 The Museum Geelvinck Hinlopen Huis was the residence for the wealthy Geelvinck family, which was one of the most prominent oligarchies in the Netherlands. They were the focal point of the financial capital in Netherlands, Amsterdam. This beautiful mansion was built for its original owners, Albert Geelvinck and Sara Hinlopen, in 1687. In a rich design synonymous with the Rococo period, the Geelvinck Hinlopen Huis imbibed all the inherent elements of Classicism and Romanticism. What it now offers to the tourist is layering art and architecture of the 18th century, with the later stages of Impressionist art and Modernist design. So basically, one can witness three centuries worth of design melded into one remarkable structure.