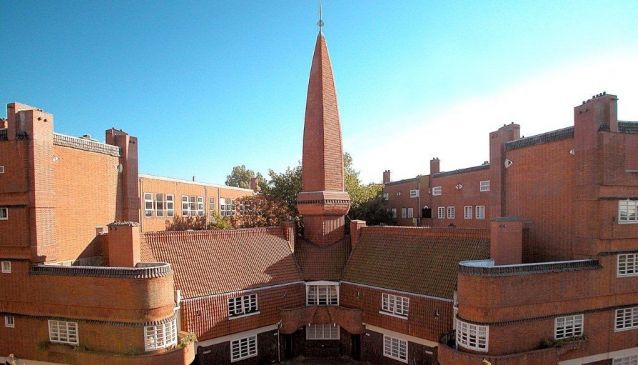 Het Schip or The Ship doesn't have anything to do with ships, just to make things clear. It is a building which was built in accordance with the ideals of the Amsterdamse School (Amsterdam School). The Amsterdam School was basically an architectural movement that took place between 1910 and 1930 and emphasized on the use of bricks. Finished in 1921 by architect Michel de Klerk, Het Schip itself uses classic terracotta brick inlays in its design. If you wish to know more about the Amsterdam School type of architecture that prevalent everywhere in the city, Het Schip is the place to start. It has been widely hailed as one of the best works of Michel de Klerk, himself a patron of the Amsterdam School. It has also been known as a 'palace for the working class', since it was originally built for the purpose of Social housing, which it serves till this day.