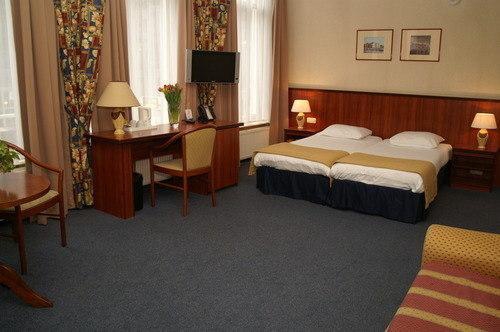 Die Port van Cleve is an imposing hotel building situated in the city centre of Amsterdam. The monumental building and intrinsic architecture is reminiscent of a 17th century mansion, although the building was built in 1864 as a Heineken brewery. Royalty surrounds this hotel, with the Royal Palace in Dam Square being set right in front of it. As the hotel is built upon three classical 18th century buildings that are inter-linked, most of the rooms have distinctive characters and designs.