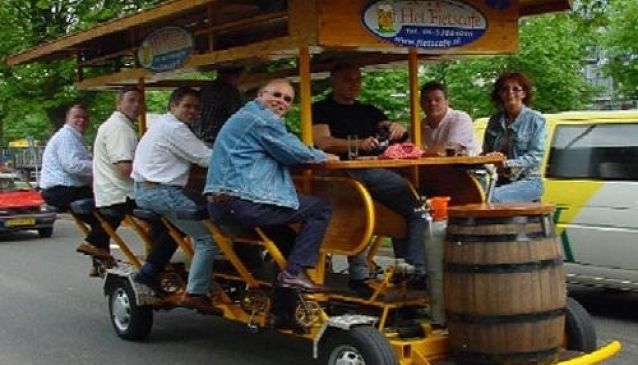 Beer bike, crudely put, is biking (pedal, not motor) around Amsterdam while drinking beer, which is really a no-brainer, courtesy the name. This seems like another case of show-thy-finger by Amsterdam to the respectable governments of the rest of the world, which would never allow a bunch of beer-guzzling merry-makers going on a howling-spree down the roads. The natives are quite used to these escapades, so shed your inhibitions and let your hair down.